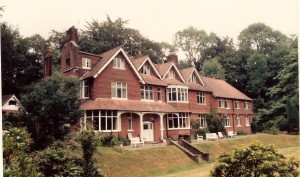 On 7 July 2015, the BBC reported that a petition by John Gibson (of the Undershaw Preservation Trust) to have the High Court review Waverley council’s approval of plans for Undershaw to be repurposed as a school for children with disabilities.

Sir ACD lived at Undershaw in Surrey, and wrote HOUN (and other Canon works) there.

Supporters of the transformation say turning it into a school will make Undershaw a useful property for the community, and that since the home will be preserved, “Sherlock Holmes enthusiasts” (*raises hand*) will be able to … visit? The article doesn’t specify why we enthusiasts will be placated.

Gibson argues that the “literary connections” of the property will be lost if the home is turned into a school.

My first inclination is to think that any preservation is a good thing, so let’s just be grateful, but I appreciate the idea of being more invested on exactly what should become of the property. Is there something nice to the idea of Undershaw being utilized for education, especially for children with challenges? It’s hard for me to even type out the idea that we could possible have enough museums, but … do we? If you visited Undershaw, is there something unique you’d want to see in the house? Some original furniture? An original manuscript or two? Given my obsession with museum and historic homes in particular, I’m loathe to argue against preserving the estate specifically as a sacred ACD site. But …